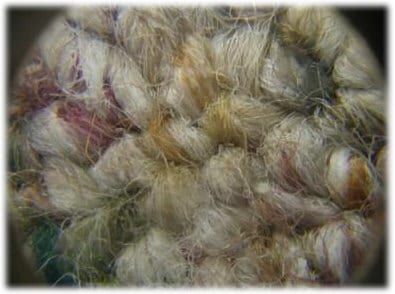 Today we talk about the different varieties.

Polypropylene (olefin), a by-product of gasoline refining, continues to gain market share for two reasons: it costs significantly less than nylon and it is inherently stain resistant. Its inherent stain resistance arises from its lack of dye sites and the fact that it is chemically inert. In fact, chlorine bleach and even battery acid have no effect on it. It is inherently mold resistant. It is also resistant to fading from sunlight and is, therefore, the fiber of choice for outdoor use. Olefin’s biggest drawbacks are its lack of resilience, its strong attraction for oily soils, and its propensity to wick more than nylon resulting in more frequent complaints of “reappearing spots”, streaking, yellowing, and resoiling. Also, because it has a much lower melting point than nylon, friction from moving furniture or casters can permanently damage the fibers. Additionally, a broken vacuum cleaner belt will seriously and permanently damage an olefin rug or carpet, melting the rubber into the fiber. Fortunately, because it is so resistant to most chemicals, more aggressive cleaning agents can be used on olefin. Olefin is used in most Berber carpets or for use where a less expensive product is required and life expectancy and long-term  appearance are unimportant. Olefin is the fiber of choice to use outdoors. Olefin should NEVER be used where the primary soil is oil; for example, olefin should never be used in a car showroom. These carpets are mostly seen in commercial buildings. Like with everything, there is an exception. Kraus Carpet mills makes an olefin the call Strudon that is stain proof (not resistant) and comes pre-cleaned and treated to resist oily stains. They are LEED certified and recyclable.

Polyester (PET – Polyethylene Terephthalate) had been gaining market share, but is no longer. It had been gaining because it was easily recycled from 2-liter soda pop bottles (a good “talking point” to environmentally conscious consumers) and because it too is inherently stain resistant. Polyester carpets are soft to the touch. Like olefin, it has very poor resilience, which obviates its use in high traffic areas and it readily attracts oily soils.

Corterra® (PolyTrimethylene Terephthalate – sometimes abbreviated PTT), originally made by Shell Chemical, was touted at one time as the eventual replacement for nylon as the primary fiber of choice in carpet, but that has not happened.

DuPont developed a new process to product PTT from corn sugar and calls this fiber Sorona®. The FTC determined that fibers made from PTT offer a unique combination of benefits which merit a new generic name, Triexta. This is the fiber used in Mohawk’s SmartStrand®. It is anticipated that Triexta fibers will resist staining with acid food dyes and be somewhat resistant to disperse dyes (the yellow of turmeric in mustard is an example of a disperse dye). PTT does have an affinity for oil and grease, but should respond well to cleaning if it is done on a regular basis, at least annual, for typical family use.

Acrylic is very rarely used today because of its poor wear qualities and its poor resilience. Acrylic is a plastic fiber made from acrylonitrile units, frequently used in fake fur upholstery fabrics. Has a similar “hand” to wool but is seldom used in carpet today because of its lack of resiliency and its strong tendency toward pile reversal. Commonly used in upholstery. The burn test for acrylic isthat it burns quickly with a large, orange flame and thick, black smoke to an irregular, rough ash that can readily be crushed. Usually wet cleaned. At one time this was seen in wool blend carpets, but most mills have switched to olefin or nylon for their Berber carpets. Ask me about my acrylic horror story.